Cox’s Bazar is a beach resort in the Chittagong Division in south-eastern Bangladesh. It has one of the longest sea beaches in the world, 120 km (75 miles) long. 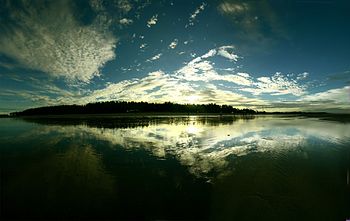 A panorama of Cox’s Bazar

For Bangladeshis it doesn’t get much better than Cox’s Bazar, the country’s most popular beach resort. Sort of a Cancun of the east, it’s choc-a-bloc with massive cement hotels and gaudy over-development catering largely to the country’s elite. To a foreigner it likely won’t compare to other beach vacations you may have taken, but it’s still interesting to see how the Bangladeshi’s live it up. The beach is crowded, especially near the Hotel Motel Zone, a large cluster of more upmarket hotels. Expect lots of attention, and expect to stay fully clothed.

30 km south is Inani Beach. Things should be quieter here, but still expect to draw some attention.

About 150 km south of Chittagong, Cox’s Bazar is connected both by air and road from Dhaka and Chittagong.

Non-Stop flights are available from Chittagong and Dhaka on GMG Airlines or United Airways. Flights tend to be daily during the high season (Oct – Apr) but generally drop back to 3-4 flights per week during the Summer and Monsoon (May – Sept).

The private bus companies have offices near Hotel Sea Queen on the main road, and also down in the Hotel Motel Zone.

What to do in Cox’s Bazar

There are lots of shops in the Hotel Motel Zone catering to Bangladeshi tourists. Things made of sea shells are very popular and also sold by vendors on the beach, but think twice about encouraging such a non-eco friendly practice.

You can also check out the Burmese Market, but don’t expect a lot of handicrafts. The traditional Burmese dresses and fabrics are definitely interesting. Besides that, you will find some stores which sell pearl jewellery. You can also try some local beauty products (sandal wood based), hand woven textile and bedsheets among many other things.

However, a better bet would be to buy articles of interest from the mobile vendors who will most likely approach you while you are relaxing in front of the beach. They not only have good products, but the prices offered are also cheaper than the same in the markets.

Alcohol is available in a few locations in Cox’s Bazar. The following hotels have bars which generally open from 19:00: Seagull Hotel, Hotel Sayeman, Hotel Shaibal, Renaissance Hotel. Don’t expect much as their ambience leaves much to be desired and there is no guarantee the beer will be cold. Prices are higher than you might expect.

Where to stay in Cox’s Bazar 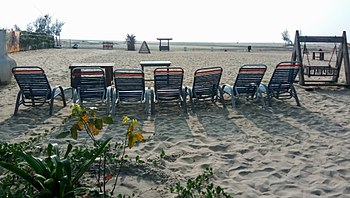 Most of the budget hotels are in the area surrounding Laldighi Lake in the main town area. The massive cement beasts are closer to the beach, getting bigger and grander as you move the 2 km south to the Hotel Motel Zone.

Hotel Sea Gull and Hotel Media International are decent choices in the Centre of town. There are a few hotels/motels such as Hotel Probal and Sikat operated by the Parjatan Corporation, a government tourism organisation.

If you need cash, it’s a good idea to get it before going inside bar or club. American Express, Master Card, VISA Card have accepted almost all the ATMs booth in the beach city. Check ahead to see if your bank has locations in Cox’s Bazar. On the Strip, the following ATMs are safer bets: