Shamakhi (Shemakha, Şamaxı) is a town in Azerbaijan’s Baku Region, capital of the Shamakhi Rayon.

Shemakha – is the more classic international way of spelling (originated from Russian pronounciation). Shamakhi is the formal Azeri internal spelling.

Shamakhi was one of the ancient cities of the east. It became famous as the home of many prominent Azerbaijani philosophers, architects and scientists, such as Khagani, Nasimi, Bakuvi, Sabir, Shirvani, Hajibababekov. The town used to be capital of Medieval state of Shirvan and played one of the major roles in the region until its destruction in 1717 by Dagestanian semi-states. Under the Russian Empire Shamakhi was the former capital of Shemakha Governorate, but the earthquake of 1859 devastately hurt the city. Then capital moved to Baku and the Governorate was renamed. Shemakhi is mentioned by the great Russian poet A.S. Pushkin in “The Tale of the Golden Cockerel” (“Give me to you a damsel, Shemahan queen.”).

The city is located in the most seismic area of the Caucasus and was hit by powerful earthquakes in 1191 and 1859, which was so destructive that the capital of Shirvan was transferred to Baku twice. In 1872, the earthquake triggered emigration to Baku, where oil production had started in industrial proportions.

For the latest Coronavirus Covid-19 Update on airports please visit our Website The 1667 Shamakhi earthquake is considered to have been the worst with a death toll of 80,000, with one-third of the city collapsed, according to the Persian merchants’ reports. The last catastrophic earthquake was recorded in 1902, which destroyed the 10th-century Juma Mosque. Shamakhi is near the boundary of three plates.

You can reach the town by following the M4 highway, the northern Baku-Tbilisi connection along the Caucasus Mountains.

Shamakhi can easily be explored on foot. 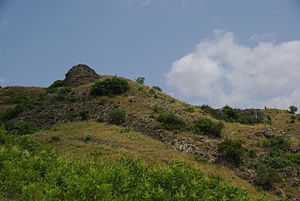 Where to stay in Shamakhi