Muslims that travel to Queensland Need to visit these five masjids in Brisbane and Queensland. For a Map and direction click on the right Menu, Local Mosques on our Brisbane Halal Travel Guide. 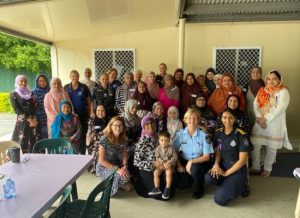 Telephone : +61 7 3603 2066
Email : info at masjidtaqwa.org.au
The initiative of building a Masjid on the North side came about due to Muslim brothers from the North in need of a place to read Salaah and so it started out with 6 brothers using one of their living rooms to pray in Jamaat.

In mid-2000 the dream and need became a reality and through hard work, dedication and guidance from the Almighty Allah (swt) Masjid Taqwah in Bald Hills, was born. It started off in a small tin shed with only minimal facilities, but through financial support of the Muslim brothers and sisters in the greater Brisbane region and the greatness of Almighty Allah (swt) the Masjid has grown to what it is today.

Today we are fortunate enough to have a beautiful Masjid which caters for a constantly growing community. With facilities which include but are not limited to the following (for both men and women); Air conditioned Salaah facilities for approximately 300 men and 80 women; toilets; wudhu facilities; parking area for approximately 80 cars. 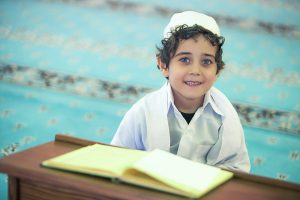 Holland Park Mosque (or Brisbane Mosque) is a monument in Brisbane.  Built-in 1908, its traditional Queenslander-style wooden mosque was replaced only replaced after 58 years, by a 2 story, modern brick building during its last renovation in 1966.It is the first mosque built in Queensland to cater to the needs of Muslims, not only as a place of worship but a hub for community and social interactions as well.

Holland Park Mosque is also the first and only mosque in Australia which has never closed its door for more than 100 years, making it a true iconic religious institution of the Australian Muslim community!

This also speaks volumes about the history of Muslims and Islam in Australia, and how its integrated into the building of Australian values and culture. 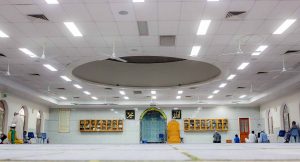 The Islamic Society of Darra (ISD) was formed in 1983 and was registered as an incorporated society by a group of brothers who had migrated from Fiji. The founder members were Late Haji Taj Mohammed, Late Bahadur Ali, Late Haji Shariff Abdul, Sayraz Mohammed, Hafeez Ali Khan, Shamsher Ali, Mohammed Shareef and Azam Khan.The Mosque Project Committee decided to build the mosque in stages as funds became available. The committee met regularly to work out strategies and a group of volunteers worked tirelessly to implement them. At this stage the society had only about $8,000 in cash and had a debt of about $50,000 to repay.A concerted effort was made to collect about $40,000 to pay off the debts and a further $35,000 to pour the slab for the ground floor. This was achieved within three months and in July 1999 the ground floor slab was laid.Once this was completed, construction work began in earnest with our volunteers doing as much as possible, generally over the weekends and what we could not do ourselves was contracted out. Simultaneously a team of volunteers were door-knocking for donations to ensure that sufficient funds were available for the work to continue unhindered.A lot of brothers volunteered their time, skill and equipment during the construction stage. Many sisters also worked hard in providing breakfast, lunch and refreshments. 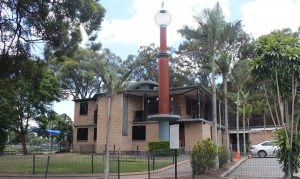 Masjid al Farooq aims to serve as a safe space for prayer, reflection, social engagement, Islamic education and guidance while upholding the morals and values outlined in the Holy Quraan. Through interfaith dialogue Masjid al Farooq promotes communication with other nations based on moderation and tolerance. We are inclusive of all cultures and transcend political boundaries. We are the heart of our community.

Originally founded in the early 1990s by new Muslims to the area, the local Muslims purchased a former Anglican church and adapted this building to suit the requirements of Muslim worship. The mosque that stands on this same site today was reconstructed after an arson attack on the original mosque building on September 21, 2001, just ten days after the terrorist attacks on New York City. The Kuraby Mosque thereby became the first mosque anywhere in the world to be damaged or destroyed as a direct response to the attacks of September 11.

Today the mosque is home to a vibrant multicultural Australian community. We have over 40 nationalities as part of our congregation and offer a large number of activities on top of daily prayers for males and females.